Over time, many duplicates accumulate during a manual upload, despite the integrated duplicate recognition in the CELUM ContentHub. Not only does this take up unnecessary storage space, but it also often leads to inconsistent metadata, as only one asset is tagged correctly. In addition, previously deactivated assets may still be available for download – which should be avoided.

The «Duplicate Check & Sync» plugin checks all current versions of assets in the system for duplicates and displays them in the user interface.

Decide which asset should be kept and which information fields of the duplicate assets should be copied over or left as-is. 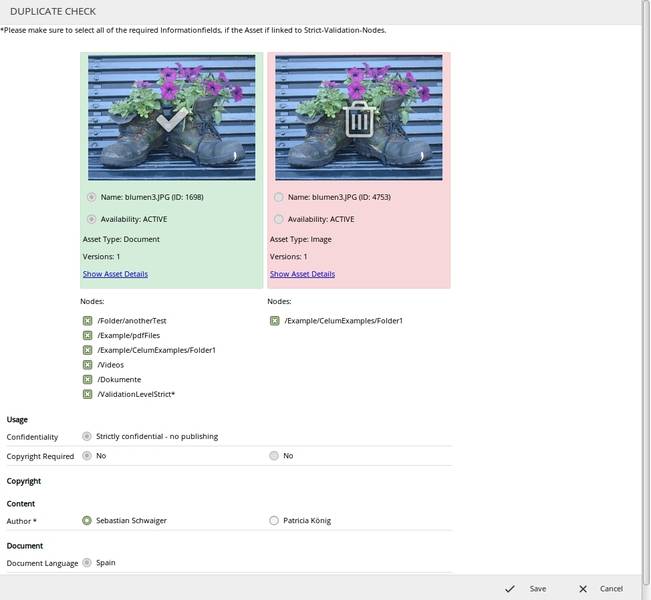 Use the Asset De-Duplicator when automatically uploading assets to avoid unnecessary duplicates in a particular node (or node hierarchy).

The backend lets you configure what to do with duplicates found during the upload. Define whether they should be moved to a new node, deleted or created as a new version of the existing asset in your CELUM ContentHub.

A system task which checks your node hierarchy at regular intervals is also available – automatically and without additional effort.

Also in use with: